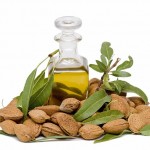 Results showed that under optimal conditions the predicted biodiesel production was found to be 95% with a desirability value of 0.998.

EarthGen plans to expand its own castor bean farming beyond its Laos operation to develop and diversify its growing locations and harvesting dates. In addition to working with the Singapore based consulting group Gionesis, the company has been working with farm operations in Vietnam, Cambodia, Peru and Mexico.

Researchers have performed a new method to produce biodiesel from castor oil. Transesterification of castor oil was performed using coconut oil as a co-reactant

and MgO/SiO2 as heterogenous base catalyst. The catalyst was prepared from rice husk silica and magnesium nitrate by sol-gel method.

Characteristic studies found that the use of coconut oil as a co-reactant significantly increased the conversion of castor oil to biodiesel.

The conventional method to produce biodiesel is basic transesterification using a homogeneous catalyst. But this process requires steps of neutralization and washing of the catalyst which increase biodiesel cost.

Some heterogeneous and lipase catalysts are being developed to fight against some of these drawbacks.

Results showed that ferromagnetic zinc oxide nanocomposite could help to achieve a biodiesel yield of 91% under milder reaction conditions.

Recent study has found a new source of biodiesel from castor oil which has less viscosity than the original castor oil.

By chemical modification of ricinolein in castor oil and methyl Ricinoleate, new products called ketone-containing glycerides were obtained. These ketone containing triglycerides were used for the production of biodiesel.

The biodiesel obtained by this method was found to have low viscosity.

Thus, vehicles can now run with a fuel which has less viscosity.

Scientists performed an experiment to understand the kinetics of transesterification of castor oil using Novozym 235. The genetic algorithm was employed for estimation of kinetic parameters in the Ping Pong kinetic model for

Results showed that an acceptable agreement with experimental data was observed when biodiesel yields were predicted using temperature dependent parameters.

Scientists from Mexico conducted an experiment to evaluate the seed and oil production, yield and quality of biodiesel produced from eleven wild genotypes of castor

oil plant in Mexico. Seed and oil production was evaluated in experimental plots at field level and the quality of biodiesel produced was also evaluated.

Results showed that the seed production varied between 937.1 kg/ha and 56.3 kg/ha indicating the feasibility to produce castor oil in the north-east region of Mexico. Quality tests conducted for biodiesel showed some potential for use blended with petroleum diesel.

or oil without using extra petrochemical methanol. The new method uses bio refinery setup where bioethanol is used instead of fossil-based methanol to produce biodiesel.

Results showed that the optimum biodiesel yield was 85% achieved at a temperature of 62.5°C with an ethanol: oil ratio of 0.29:1.

Researchers from Malaysia performed an experiment to analyse the efficiency