Following its promotions of Jamaican cosmetics in London, the Jamaica Promotions Corporation (JAMPRO) will lead a trade mission to the Bronner Brothers International Beauty Show in Atlanta, Georgia between August 19 and 21.

Eight Companies will be part of the delegation to the event, which hosts over 30,000 beauty professionals yearly who explore the newest and most exciting beauty trends and products.

Six of the companies will be focusing on the promotion of Jamaican Black Castor oil products, as JAMPRO strengthens its strategy to develop the castor oil sector. The Jamaica Manufacturers Association (JMA) will also join the mission to support the companies. 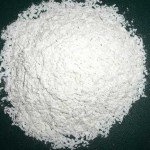 The plant will be spread over 400,000 square meters of land and will be the first-of-its-kind in the Middle East.

Castor oil manufacturing is similar to that of other oil seeds and hence it can be manufactured by utilizing the existing equipments that are locally available. The castor seeds contain about 48 – 50% oil by weight. After extraction, the oil can be further processed to get a number of derivatives which can be used in various industrial applications. The average seed yields range from 900 – 1000 kg/ha under irrigation.

India is the leading producer of castor seeds followed by China. Fuerst Day Lawson is pioneering in castor oil supply in Europe, with over 40 years’ experience buying directly from the producers of India, China and Brazil.

Castor oil, is not only as a lubricant, but also play a vital role in the polymer industry as it is gives polyamide-nylon 11.

The global market for generation II castor oil derivatives is estimated at about $300 million. Some of the high yielding varieties of castor oil in India are NPH-1 (Aruna), GAUCH-4 and TMVCH.

Etocas and Croduret (trade names) are vegetable-derived nonionic surfactants which find widespread use in agrochemicals as general emulsifiers and solubilisers. They are of particular value as biodegradable, sustainable alternatives to nonyl phenol ethoxylates. Etocas and Croduret , both   marketed by Croda,  are ethoxylated castor oil and ethoxylated hydrogenated castor oil respectively. 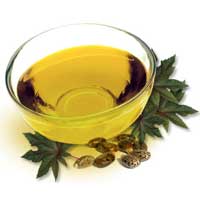 The emulsion characteristics judged were

1. Ease of dispersion of the surfactant/solvent mixture in water at 25ºC

2. The particle size of the resulting emulsion

Lower molar ethoxylates of castor oil are used as dispersing agents for oil based systems. They  are generally considered to present no special hazards. However, as with other nonionic surface active agents of this type, they may be irritating to the eyes as supplied.

In Singapore, Legend Venture and Home Touch Holding have started a program to develop 3 million acres over the next five years to cultivate castor in China and unnamed southeast Asian countries. 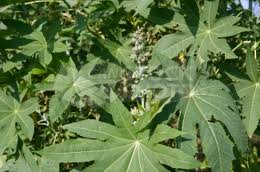 In 2011, Legend and Home Touch expect to develop 30,000 acres, as well as find investors and land. The castor oil is known for its use in lubricants, nylon, paints and soap.  While castor oil can be used in biofuels, it has yet to be economically viable in China.