Castor seed prices have traded in the range of Rs. 3600 – Rs. 4200/quintal in 2015. The prices have remained range-bound till October due to a comfortable supply situation. The week rupee and lower prices led to healthy demand and hence the seed prices increased to Rs. 4200/quintal in November, tracking good export demand to China and EU in the latter half of the year.

The average prices for each month are presented below. 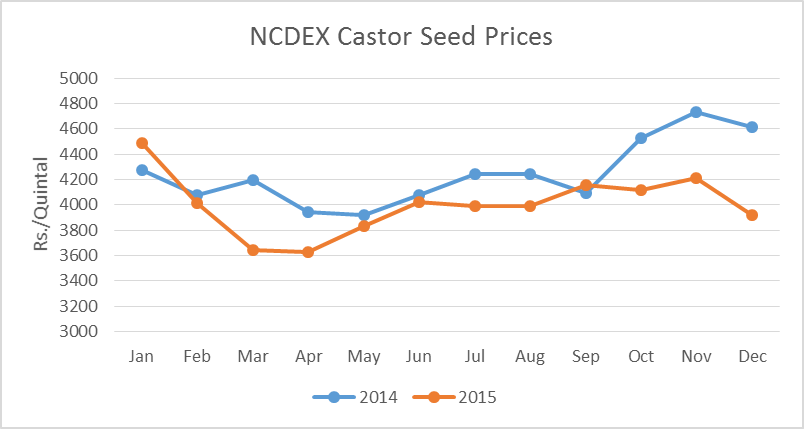